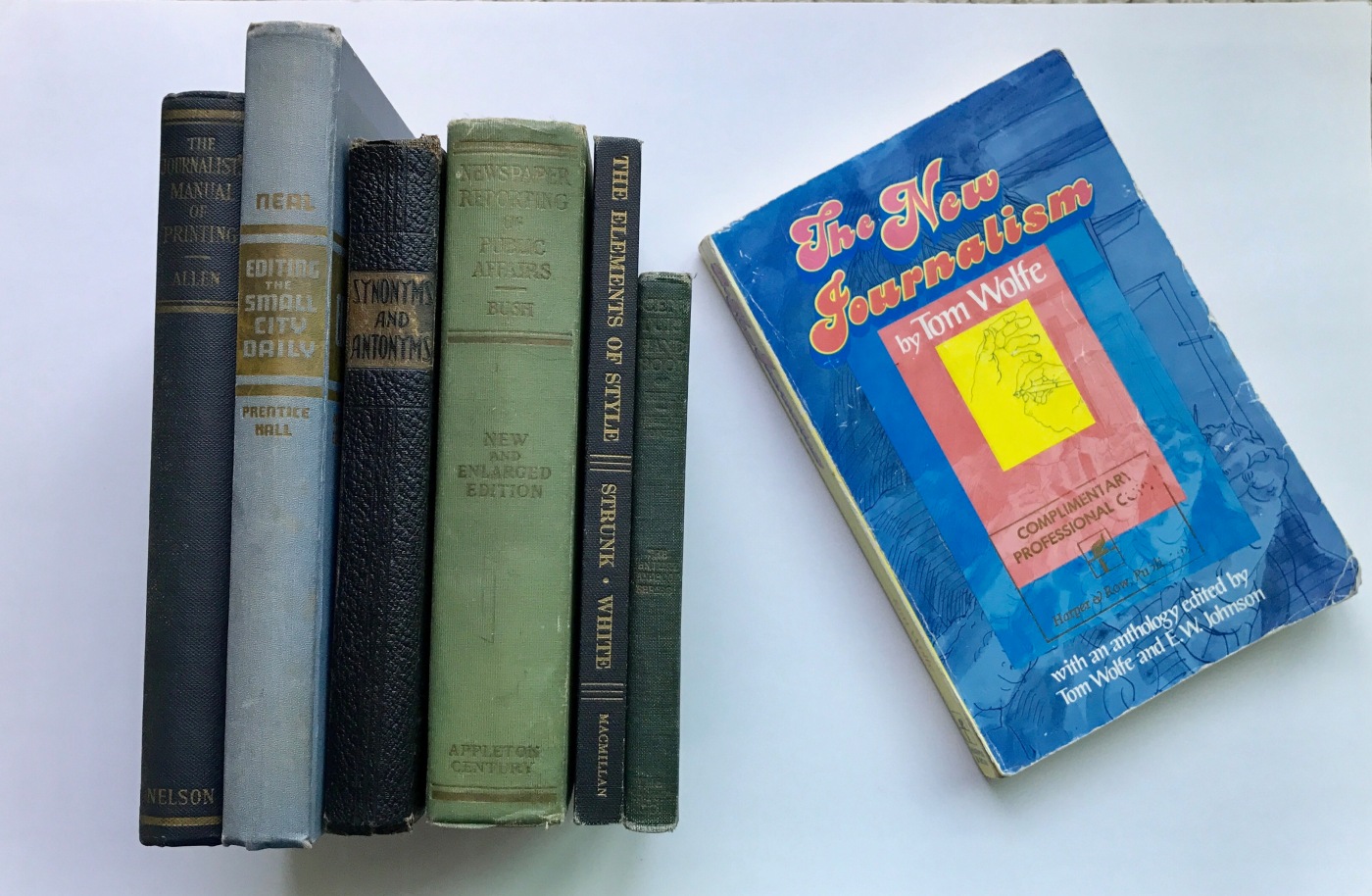 Within an hour after the world learned that journalist and author Tom Wolfe died at 88 in New York City, I got an email from one of my former students.

“You entered my mind when my daughter informed me Tom Wolfe died today,” she wrote. “You had us read Bonfire of the Vanities for my first class with you (magazine & newsletter writing) at Wayne State. Loved that class, loved that book, loved my instructor!”

I also had the class read excerpts from Wolfe’s 1973 The New Journalism anthology, a book that is always within reach in my office and one that I have turned to countless times since I was introduced to it in 1975 in a magazine and feature writing class at Michigan State University. Loved that class, loved that book and loved my instructor, Jack Benny Gladden.

Wolfe’s anthology is a primer on how to bring novelistic devices into any kind of writing. Chapter 3 of the book, “Seizing the Power,” is an indispensable tool for anyone trying to write the best magazine story, blog, college essay or love letter.

The “power” comes from four devices:

This last device is called the “least understood” by Wolfe.

He says it is the “recording of everyday gestures, habits, manners, customs, styles of furniture, clothing, decoration, styles of traveling, eating, keeping house, modes of behaving toward children, servants, superiors, inferiors, peers, plus the various looks, glances, poses, styles of walking and other symbolic details that might exist within a scene.”

I relied on detailing status life when I went to Oklahoma City after the 1995 terrorist bombing of the Murrah Federal Building.

Most of the employees in the federal credit union located in the building died in the blast and afterward, the bank president, one of the few survivors, relocated to another bank nearby. She filled the bank with angel figurines that people from all over the world had sent to her as sympathy gifts. She also kept a bottle of White Diamonds cologne on the desk in the new bank. Incredibly, it survived the bombing. These details helped to bring the story to life and added a human dimension.

One of my college essay students last summer relied on detailing status life and dialogue to describe a summer job that illustrated his ability to persevere in a tough situation. He was the local enforcer of dog licenses in his little town and was often threatened by angry dogs and their owners. This student worked in the names of several of the mutts, what the owners looked like and even the shape of the dog tags, all details that made his essay sing.

Another student is aiming for a doctoral degree in classical studies. One of her essays asks about dedication to her subject. We talked for an hour about her outside interests and decided to write about how she taught herself to throw a discus during a stint on her high school track-and-field team. Discus throwing was a sport at the first Olympics and a lovely example of her commitment to ancient Greece. Yet another example of how detailing status life can launch an essay to a new level.

The illustration on the cover of The New Journalism is of a hand drawing a hand. Artists consider the hand the most difficult part of the body to draw. I think Wolfe was trying to send aspiring writers a message by using that image. And that is, it’s not impossible to do the tough stuff and here’s how you do it.

For those who don’t feel like sifting through the 394 pages of The New Journalism, there’s also this bit of Old Journalism advice from author/editor and literary critic H.L. Mencken, who said: “There are no dull subjects. There are only dull writers.”

One thought on “Seizing the Power, Courtesy of Tom Wolfe”