My management style has been stitched together in a patchwork of lessons learned from some memorable women I’ve met and worked with, including a CEO who survived one of the worst terrorist incidents in U.S. history, a hospital chaplain who preached the “theology of hospitality” in the workplace and a top editor who models and rewards unconventional behavior.

They’ve all been “midwives” to the way I approach my work and run my small business.

She called herself “Mother Goose,” an unusual moniker for the tough, red-haired woman who was CEO of the Federal Employees Credit Union in Oklahoma City and a survivor of the terrorist bomb that destroyed the Alfred P. Murrah Federal Building in 1995.

I met Rogers a year after she survived the blast that killed 18 of her employees. I was in town to interview her for Management Review magazine, with a focus on how Rogers got the bank back in business just 48 hours and 30 minutes after the bombing.

Her work ethic alone made a great story.

When the bomb went off at 9:02 a.m., Rogers was in a meeting with seven of her top managers, all women. All of them died, except for Rogers. She clung to a ledge for hours after the bombing, but went to a board meeting that afternoon and got back to work “because I didn’t know that I had any other options.” Grief-stricken, Rogers said she kept going because of a “moral obligation” to keep working despite having to attend up to three employee funerals a day in the first two weeks after the blast.

Her employees nicknamed her “Mother Goose” for her maternal management philosophy, an unusual approach for a woman manager to own up to at the time.

“You fly in V-formation, just like geese do,” she told me. “And you honk your encouragement to the leader, but when she gets tired, she flies to the back of the line and someone else takes over. That’s how we dealt with our day-to-day business and that’s how we dealt with the disaster. It proved to be a great comfort, even though my flock is gone.”

Her simple advice to managers: “Pick out a couple of employees every day and pat them on the back. Tell your family how much you love them and tell your staff how much you appreciate them. I know firsthand how short life can be.”

When I first met the Rev. Celia S. Thurston, the former chaplain at Children’s Hospital of Michigan in Detroit, I was struck by an abstract painting in her office of what looked like shadowy figures in robes.

She said the painting depicted the Old Testament story of Abraham serving the angels and was a constant reminder to her of the “theology of hospitality,” which served as a foundation for her work with doctors, employees, patients and families.

This approach to spirituality comes out of the corporal works of mercy from Matthew 25: 35-40. In part it says, “For I was a stranger and you welcomed me.”

I came to appreciate this way of doing business as the two of us worked together on projects for the hospital and stories for About Children’s magazine, a hospital publication for the general public.

I understood how Rev. Thurston could do a good job of welcoming the stranger, since she was a minister and always was worried about whether patients had enough toys and that parents who spent the night at the bedside of a sick kid had a comfortable place to sleep. But as someone who was trained in journalism school during the time of Watergate to develop “adversarial relationships” with sources, this was a new way of thinking for me.

I realized it was my job to extend hospitality to the people I interviewed for stories and videos. Sometimes this meant nothing more than not rushing, but just sitting with them as they talked to me about their child’s cancer treatment or heart transplant. Sometimes it meant sharing a painful story of my own, so that we were on equal footing as human beings.

As a reporter, everyone I meet is a stranger, or was. Not anymore, thanks to the management philosophy of this spiritual woman.

My sister-in-law Jean Jennings taught me that it’s possible to have fun on the job and maintain your professional credibility. 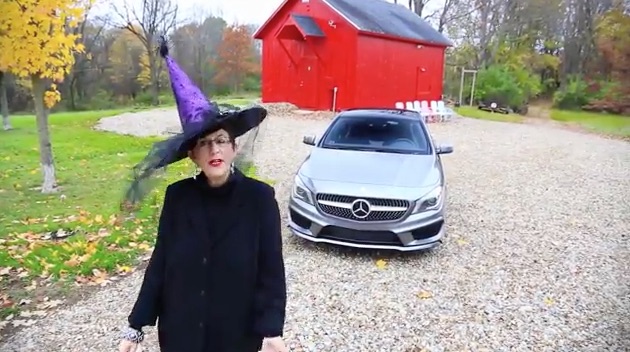 I’ve watched her command center stage in a roomful of auto executives by wearing at feathered designer hat that was three feet wide, all to break the ice and get the conversation going. She is as comfortable in the Oscar Mayer Weinermobile as she is in a racecar. As the former top editor of Automobile magazine, she penned the column “Vile Gossip,” which always lived up to its name, and entertained millions of “Good Morning America” viewers with her iconoclastic takes on a hidebound industry.

But I never fully understood her freewheeling management philosophy until I began working with her at JeanKnowsCars, an automotive blog aimed at revealing the “secret car-guy handshake.”

It is my task to help come up with ideas for her “Jean’s Driveway” videos and other projects. Her management style – and trust in her employees – gives me license to suggest seemingly outrageous ideas, including featuring a life-size hamster in a Kia Soul video and having her dress up in a sexy witch outfit to review the Mercedes-Benz CLA. (One CLA ad had a man selling his soul to the devil to buy the car, so the occult get-up seemed appropriate.)

“Every time you come up with some idea like that, my hair would stand on end,” she said. “I’m naturally a lunatic, but putting on costumes – I had to dig down pretty deep. I’m always afraid of overcooking comedy. I let you talk me into the witch hat because I trusted you and I had to let you do your job. If it wasn’t as awesome as it was, I wouldn’t have done it.”

Having fun at the job while taking some risks is a key part of her management philosophy.

“It’s extremely important to have a good time at work and be yourself as long as you’re the best at what you do,” she said. “I can put up with a lot from people who can deliver, because that’s who I am. When I deliver, that’s when I’m at my most unfettered.”

I say hats off to that way of managing your people.