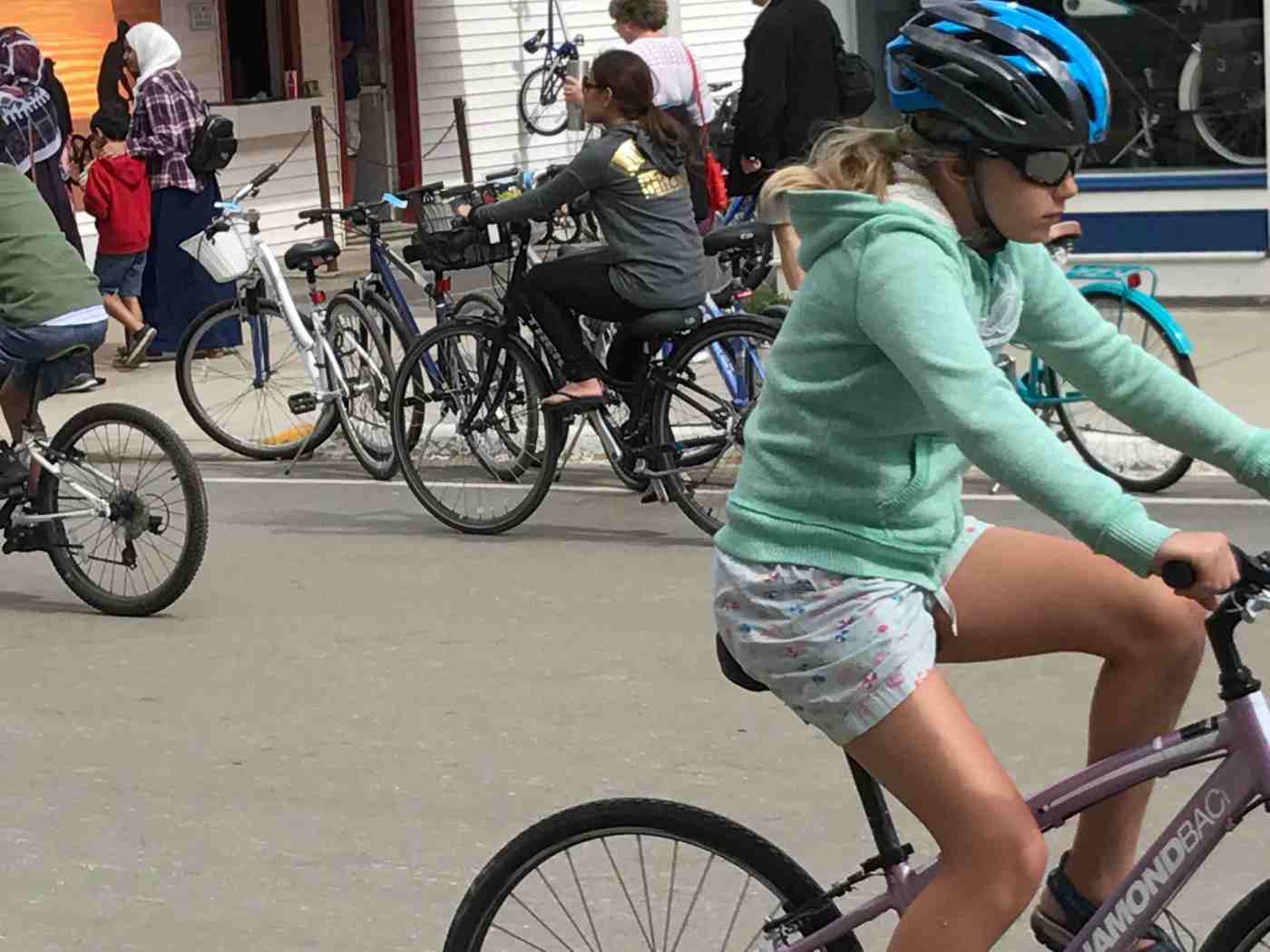 It’s been a relief for me to take the ferry every summer to Mackinac Island in northern Michigan, where cars have been banned since 1898.

No traffic jams, no exhaust and no noise, just an estimated 10,000 bikes, along with pedestrians, horses and horse-drawn carts and taxis. 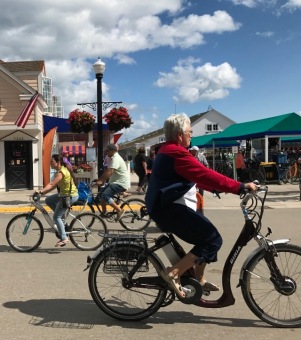 The downside: Distracted “driving” and road rage now appear to have infected bicyclists as well as drivers.

M-185, which runs around the perimeter of the island, is said to be the only highway in America where no cars are allowed. It’s the perfect break from the Motor City for this auto writer and gives me a chance to reflect on where the industry is headed.

This summer, I realized that the tiny island with the Victorian vibe is previewing where we’re headed in crowded urban centers, especially as bikes are touted by some as a key component of personal mobility. But it’s not utopia. 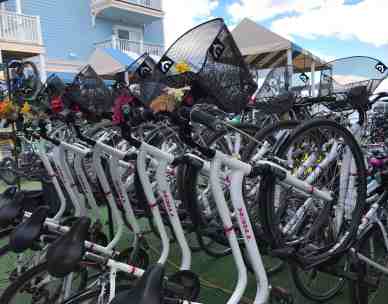 Bike sharing is said to be “one of the most revolutionary changes that we’ve seen within the urban transportation space,” according to a McKinsey report. Automakers like Ford are launching bike-sharing initiatives in a move to come up with a total transportation package for consumers.

The Ford program, called GoBike, is proving to be controversial, according to media reports. Bikes are being vandalized in San Francisco and the program is being criticized as another corporate attempt at gentrification. Critics also contend that such programs do not address the income inequality of consumers and are inaccessible to many who really need them.

After spending four days on Mackinac Island, I had my own concerns about the trend toward bike sharing, a fancy name for bike rental, which is one of Mackinac’s key moneymakers, along with endless shops selling fudge.

My worries about bike sharing center on bad behavior and a general lack of civility, something that is endemic in this country regardless of your mode of transportation.

I witnessed plenty of two-wheeled bad behavior on my break — and these were people who were supposedly chilling and not involved in a stressful work commute. Ford, other automakers and pundits will have to take this into account as they try to get the skeptical to accept the idea of bike sharing as part of the answer to the seismic shifts in transportation. 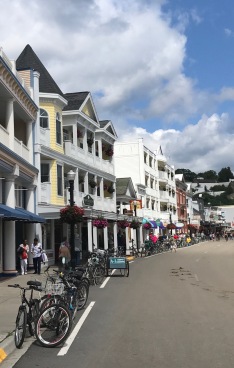 When I first arrived on the island in mid-August, I observed several bike shops doing a brisk business in selling handlebar mounts for cellphones. I stood on a busy corner one afternoon for a half hour and watched several bicyclists texting while trying to navigate among horses, slippery horse droppings and pedestrians on Main Street. There were plenty of near misses on the crowded thoroughfare and even in areas that are off the beaten path, such as Medicine Man Trail.

The local newspaper featured a story about whether bike rentals should be better organized in a new bike deck to deal with growing concerns about the “disorder and mess” and its impact on the historic maritime character of the island. The bike-rental shops, with their aggressive workers hawking tandems and mountain bikes, are the first thing that tourists see as they walk off the ferries.

Road rage is a concern, too, even on this island paradise that was first populated by railroad industrialists when Teddy Roosevelt was president. 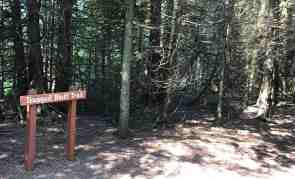 While I was riding my bike on remote Tranquil Bluff Trail far from the crowds, I watched as another bicyclist came perilously close to me, clearly distracted by something he had seen in the woods.

I called out “hello” as a friendly warning and he had a temper tantrum, blowing an air horn on his bike and shouting that I was on the wrong side of the path (I wasn’t). The same biker rigged up a stereo system on his bike and could be heard riding through town blaring old Carole King and James Taylor songs.

Tranquil Bluff will never mean the same to me. 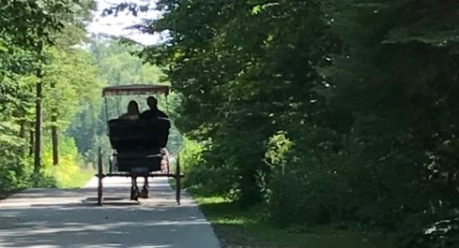 For the first time ever, it was a relief to get back on the ferry and into the test car I was driving. Perhaps a course in manners should be mandatory whether you’re behind the wheel or sharing a bike as part of some ambitious green initiative. Futurists bent on promoting bike sharing should be forewarned.