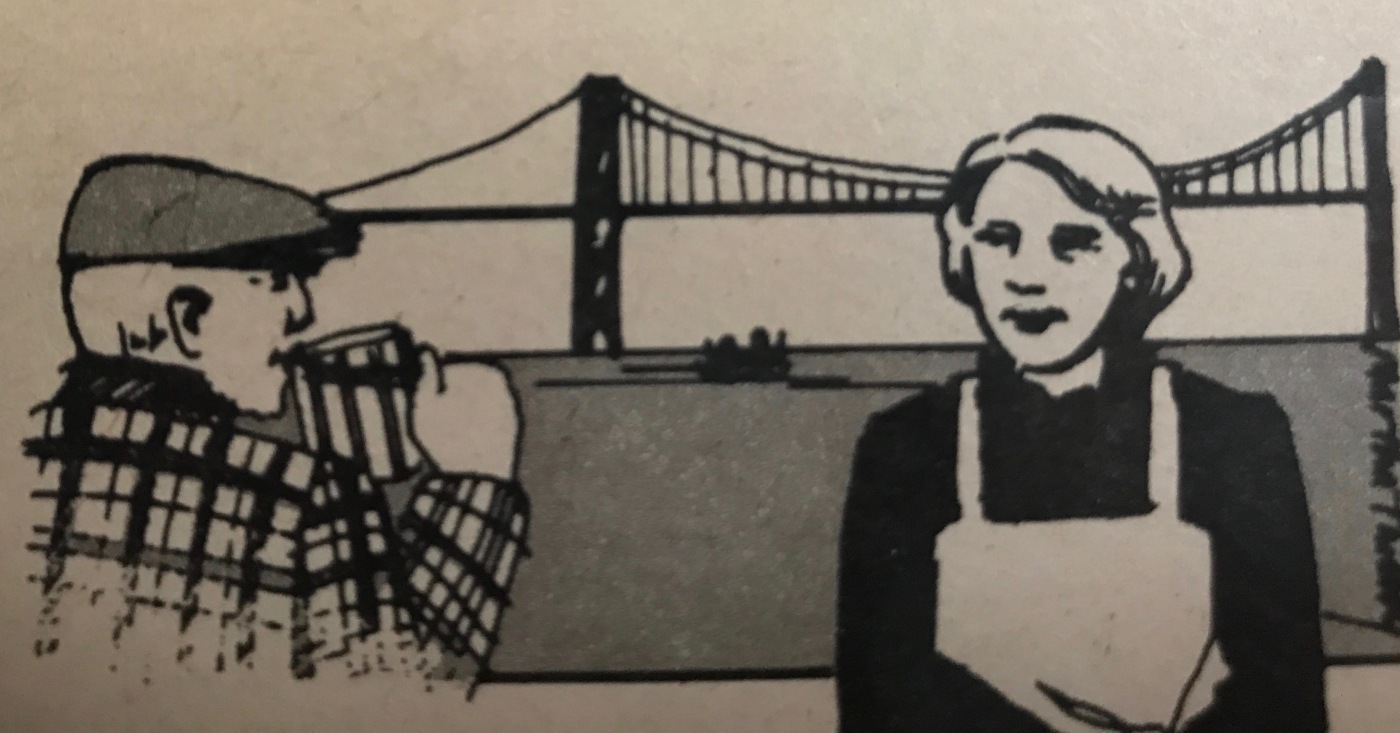 The Detroit bar I grew up in appears to be ground zero for creeping gentrification as the Motor City’s urban renewal edges beyond the downtown area.

Once a landmark in a blue-collar neighborhood of factory workers, the bar – known as the Rose Café when my Polish grandparents owned it – now is called the Alaskan.

I’ve been watching the Alaskan, which I predict will be a bellwether of Detroit’s resurgence, and wondering when Starbucks will decide the bar at Michigan Avenue and Central is the perfect spot for a new location and make the current owners a sweet offer.

Even Groupon is luring people to the Alaskan, calling it “a prime location for cyclists to park their bikes and enjoy a bite to eat.”

Some online bloggers call the bar “a holdover from Detroit’s heyday” and are urging people to visit “before it falls to the wayside.”

I think they mean before the place starts serving cucumber wasabi martinis to people dressed in 7 for All Mankind jeans. In my grandparents’ day and even now, it was nothing fancy, just a place for friends to hang out.

But change is coming. Not far away is the booming Corktown historic neighborhood, just outside of downtown Detroit, where one 1898 Victorian home with three bedrooms is listed at $600,000.

Nearby fancy watering holes, like Republic, which is housed in Detroit’s old Grand Army of the Republic building, are drawing affluent millennials.

When my husband and I took some of our younger family members to Republic during the holidays last December, we paid $600 for dinner for nine people and were served such high-end items as duck mousse, smoked beets and ramp tagliatelle.  No Detroit coney dogs at this exclusive place.

The area along Michigan Avenue near the old Tiger Stadium, not far from the Rose Café, is throttling up to be even more ritzy. Ford Motor Co. may buy the dilapidated Michigan Central Station, Detroit’s most renowned urban ruin that’s just a short bus ride from the Alaskan.

Urban renewal is moving toward the bar from the opposite direction, too.

College students at the University of Michigan in Ann Arbor have discovered grandma’s bar in its latest incarnation, I’ve learned, and make the 45-minute trek on weekends to get a taste of what the Motor City was like decades ago.

The Alaskan is something of a bright spot along a deteriorated stretch of Michigan Avenue that’s filled with derelict buildings, strip clubs and cheap hotels. A brand new blue-and-white awning that includes the words “Bob’s Bar” makes the place a beacon in a block of shuttered buildings.

I get updates about college students’ interest in the tiny establishment at 7625 Michigan Avenue in an unlikely place: a church pew.

Fernando, the soundman at my Ann Arbor church, has read some of my blog posts reminiscing about the Rose Café and recently asked: “Did you know that’s a hot Detroit dive bar? I go there every Tuesday after work.”

While I’m not seeing the Alaskan on any of the usual top 10 lists of hot Detroit dive bars, including Tom’s Tavern, Honest John’s and the Old Miami, the Alaskan apparently is one of the best-kept secrets among aficionados of well-worn Motor City establishments serving a cheap, simple selection of drinks – including $2 bottles of beer.

The Alaskan’s Facebook page celebrates the bar’s blue-collar roots and even features one of my family photos from the days when my grandparents ran the place. It was borrowed from my blog and makes me think the owners of the bar are as nostalgic about the old days as I am. The clientele has not changed all that much in the ensuing years, either.

I’ve become the unofficial historian of the place, since my 86-year-old mother still tells me stories about how grandpa bought the bar in 1945, when he came home from serving in the U.S. Army during World War II. Before it became the Rose Café, the building housed a Singer sewing machine store, back in the day when women made most of their clothes.

Grandpa bought a liquor license for $500 in a special Michigan Liquor Control Commission deal for returning veterans and purchased the mahogany bar from another watering hole down the street, dismantled it and moved it to its current location.

My grandmother would strip and varnish the bar every few years. Today, the antique bar is part of the charm at the Alaskan. The two apartments above the bar helped to pay the mortgage on the property when I was growing up.

I haven’t set foot in the bar since 1986, the year my grandfather died and the place was sold. In social-media reviews I discover it now has a pool table and a pull-down video screen so that patrons can watch things like old John Wayne movies and the Super Bowl.

I don’t go back because I want to remember the Rose Cafe as it was, with my grandma constantly mopping up after customers with a pristine white bar cloth and patrons like Brownie, Flash and Rudy sitting in the same seats day after day.

When I was in elementary school and spending part of summer vacation with my grandparents, I was allowed to sit on the beer cases near the pay phone booth, drink an Orange Crush and eavesdrop on the conversations.

Today, I drive by there frequently and ask the soundman for updates whenever I bump into him before Mass on Sunday.

“Is the mural still on the wall with my grandparents waving from a tiny boat on the Detroit River?” I asked him recently. “What about the little plaque above the beer cases that said ‘It’s nice to be nice. Try it!”

The mural, painted by a Polish artist who had a shop on the same block in the 1940s, featured a sweeping view of Detroit, with the Ambassador Bridge in the background (Ambassador was misspelled with only one “s” in the artwork, adding to the bar’s charm).

It looks like the mural was painted over, he told me. The plaque is gone.

“You probably won’t recognize much and maybe you shouldn’t even go back,” he said.

I expect the Rose Café/Alaskan may become even more unrecognizable to old timers and regulars as Detroit’s glittering transformation edges ever closer.