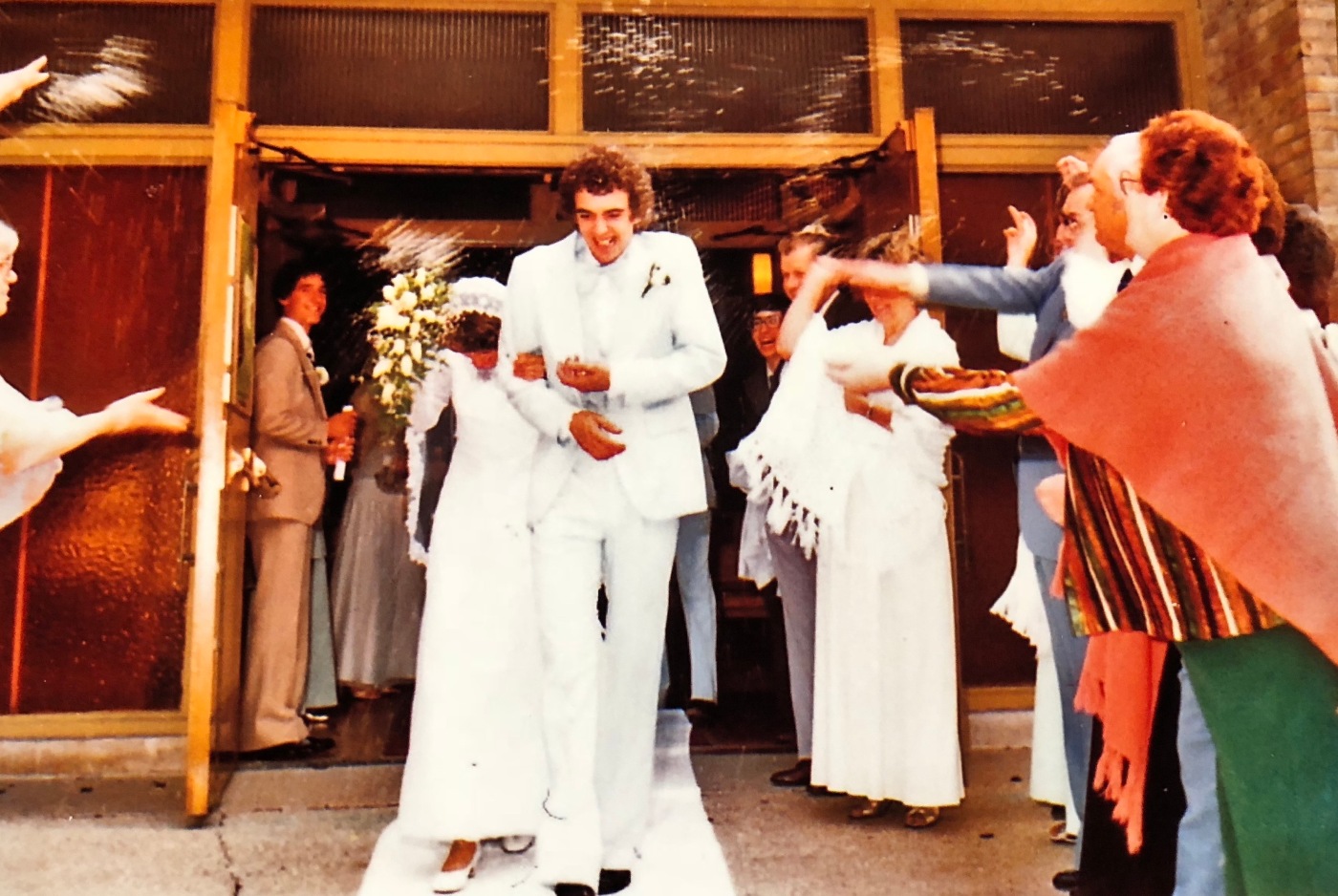 The time and date of my wedding were inconvenient for my extended Polish family, a gambling group who liked to place bets on everything from the World Series to the next pope.

I got married at 5 p.m. on May 6, 1978 at Our Lady Queen of Hope church in Detroit, which coincided with post time for the 104thrunning of the Kentucky Derby. Alydar, a chestnut colt, was a 6-5 favorite. Among the horses rounding out the field were Chief of Dixieland, Believe It, Sensitive Prince and Affirmed.

When I nervously arrived at the church, I could see many of my relatives still sitting in their cars in the parking lot, which was under the sweeping overpass of the Southfield Freeway and just steps away from the railroad lines snaking by the Massey Ferguson tractor facility. I knew they were glued to the radio, waiting for race results.

I also knew that some handicappers — including my parents — were betting against this marriage.

My husband and I were introduced on December 15, 1977 during the Chrysler Christmas party at the Detroit Press Club. We were both reporters covering the Detroit auto industry and we were both on the rebound from serious relationships.

Some of my family members thought I was a 24-year-old on the fast track to disaster, since I had only known my fiancé for six weeks before we became engaged.

I later found out the groom’s mother cried the morning of the wedding, fearing that the bride wouldn’t show up at the church. She wasn’t the only doubter. I sent my 16-year-old brother to the church an hour before the ceremony to make sure the groom was indeed in the house. My brother gave me the thumbs up and I realized we had rounded the first turn.

It was only then that I went down into the small basement bathroom at my parents’ house on Archdale Street on Detroit’s northwest side, put on some lip gloss and blush, spritzed on Shalimar cologne and wriggled into the $250 wedding gown I bought off the sale rack at the J.L. Hudson department store.

Unfortunately, we never took the Derby into consideration as we made our wedding plans. I cursed the horses and jockeys all the way to the church and wished we had taken the other available date of May 13.

Of course, the wedding was slightly delayed due to the race. I’m sure some people heard the strains of “My Old Kentucky Home” at Churchill Downs that afternoon and not  “Sunrise, Sunset,” the opening hymn at my ceremony.

When the horses headed into the homestretch, Affirmed took command, won the Derby and later went on to become the 11thhorse to win racing’s Triple Crown. Jockey Steve Cauthen, an 18-year-old participating in his first Kentucky Derby, stood in the winner’s circle after the race and told reporters: “I didn’t realize how good it feels until after the race.”

This morning, I looked up the definition of “affirm.” It means to “assert strongly and publicly,” exactly what you’re supposed to do at a wedding.

I’ll be watching the Derby on May 5 and my husband and I will celebrate our 40thanniversary the next day — two dark horses who occasionally cleared hurdles with a bound, but also stumbled in the mud.  Despite the odds, we’ve run a pretty good race.

One thought on “Detroit Journal: A Polish Wedding Gamble”